DERMATOLOGIST HOUSTON, TX - TOP RATED MD
50 Iconic Movie Transformations
With nearly a hundred years of film history, we’ve seen all manner of fantastic characters come to life with the power of special effects makeup. Movies in many cases would not be possible without the advancements of prosthetics, dyes, and glues that allow us to create extreme makeup transformations, making the actors with makeup almost unrecognizable next to their normal selves. From the black and white movie makeup of the Universal Pictures monster era to the modern, fully CGI heroes we’ve come to love, this is history’s best movie makeup! Before and after, you can see what the actor looked like and what the film makeup and FX teams transformed them into, whether that’s a scary monster, evil villain, fun character, or a character almost exactly like them, but during old age. Makeup for film didn’t start consistently getting Oscars until the early 1980s, but there was a rich history already set as early as the 30s with the golden age of horror movie makeup. It’s time to take a moment to recognize the magic of movie making and skincare with this movie character makeup best-of list! 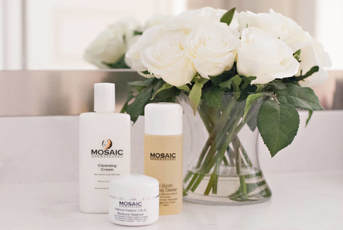 The clinic  is open
Mon-Thurs 7a - 3p
and
​Fri  7a - 1130am
You can reach us by phone on weekdays before 12 pm
- Alternatively, scheduling can be done 24 hours a day using the schedule option on this website.
For emergencies call 911


All information contained on this website is intended for informational and educational purposes. The information is not intended nor suited to be a replacement or substitute for professional medical treatment or for professional medical advice relative to a specific medical question or condition.  We urge you to always seek the advice of your physician or medical professional with respect to your medical condition or questions. As a recipient of information from this website, you are not establishing a doctor/patient relationship with any physician, including our Houston Dermatologist. There is no replacement for personal medical treatment and advice from your personal physician. Note you will not be seen without your identification or insurance card information in full.
​
For any emergencies call 911.
​
​ For privacy, hipaa, breach notification, and accessibility please see our hipaa page.